I know it's all just an accident of language, but the fact that you can rearrange the letters in "the eyes" into "they see" feels… magical.

Ever since I was a kid, I've enjoyed anagrams. So, I thought I'd try to build an anagram generator in Python. It turned into a fun little weekend project with a dash of tree traversals and recursion.

Here's what I came up with.

How To Check If Two Strings Are Anagrams

Python's collections.Counter can calculate this:

See that empty string ' ' in the Counter object? That's a problem. "Theater" and "the tear" are anagrams, even though one has a space and the other doesn't. Anagrams are case-insensitive. They may also have different punctuation, as in "vitalise" and "IT'S ALIVE!"

A robust solution needs to take all this into account, so collections.Counter won't cut it without some preprocessing:

Like most problems, there are many ways to solve this one.

I wanted a solution that is easy to understand and easy to change in case it doesn't handle every case it should. I went with the string .translate() method, which replaces each character in a string according to a translation dictionary. Characters mapped to None are removed from the string. Plus, I can easily create translation dictionaries with str.maketrans().

This gives me fine-grained control over how the strings are processed before being passed to Counter():

It might be better to use .casefold() instead of .lower() in the process() function. But overall, this makes for a robust solution. It's easy to understand, provided you know about Counter, .translate(), and str.maketrans(). And it's easy to swap out processing functions if needed.

But what about finding anagrams for a particular string?


How To Generate Anagrams

It's harder than checking if two strings are anagrams of each other.

Simply generating all possible rearrangements of a string isn't enough. You have to insert spaces and punctuation in places that make sense. The resulting words in the string need to be actual dictionary words.

We need a way to efficiently generate words that use letters from a string.

Solving It On Paper

Set aside the problem of obtaining a list of words and start simple:

If you follow this algorithm step-by-step on the small list of words above, you'll end up with four anagrams:

Of course, "the eyes" is the phrase you started with. That's fine. Just discard it.

Wouldn't it be great if, instead of scanning the entire list for all words starting with the letter T, we could jump straight to them? Or jump to all the words that start with TH? Or begin with THE?

What we really want is a hash table of hash tables.

A hash table of hash tables is one way to represent a tree. And, if you stop and think about it, the method I've described for generating anagrams feels a lot like a depth-first search. That's a big clue for how to implement the algorithm.

And Python has all of the pieces we need.

📚
Need a refresher on algorithms?

My go-to book is Grokking Algorithms by Aditya Bhargava. It covers hash tables, trees, recursion, depth-first search, and so much more, in a friendly and approachable way.

Get instant access from Manning or pick up a copy from Amazon.

Building a Tree Of Dictionaries

The tree we're going to build will look something like this:

Python dictionaries are hash tables, so they're the natural choice for the basis of our tree. The keys for each dictionary are strings containing a single letter, and the values are more dictionaries. We'll need to know when we're at the end of a word, so we'll mark those places with the dictionary {" ": {}}.

The tree of dictionaries for the words eyes, the, they, see, and sea looks like this:

But how do you construct a dictionary like this?

Assume word has no whitespace and tack the string " " on to the end so that we get the terminal dictionaries right.

Recursion is nice because it can compactly describe a repetitive process. But it can be difficult to understand what a recursive algorithm does without reasoning through the steps by hand. Documentation with some good examples can help a reader (including your future self!) understand a recursive function.

📚
Want to get better at recursion?

Al Sweigart, of Automate The Boring Stuff fame, has a new book all about recursion with examples in Python and JavaScript.

Get The Recursive Book of Recursion from No Starch Press or Amazon, or read it for free on Al's website.

Now that we've got a tree to work with, we can start generating anagrams.


Traversing The Tree To Make Anagrams

You can implement the anagram algorithm as a walk over the nodes in a word tree.

It's essentially a depth-first search algorithm, except that the nodes available to walk to are limited by the nodes in the tree and the characters in the phrase that haven't been visited yet.

This is captured in the following Python code:

The filter_() function should return a tuple of nodes available to walk to. There's some nuance to how exactly this works for finding anagrams. We'll get to that in a bit and hold off on defining a filter function for now.

We're still not done implementing the walk for the anagram algorithm.

walks() yields tuples of nodes visited by a walk — characters from a phrase in this case — but walks end as soon as they reach the end of a word.

To produce multi-word anagrams you need to circle around and continue walking the tree from the root. I call this "walking around" the tree. You keep walking around and around, collecting words until the walk is done.

We need to implement done and filter functions to pass to walk_around(), both of which depend on the phrase we're generating anagrams for.

A walk is done when the string of characters visited in the walk is an anagram of the phrase. We already know how to do that! We can use the are_anagrams() function:

Now we need to define filter_().

I said there was some nuance to this.

At each step in the walk, we only need to move to a character in the phrase that we haven't visited yet. Or a punctuation character, since we want to include words like contractions. Oh, and we can also move to a " " character, since that is how we know we're at the end of a word.

We can express these rules cleanly using sets:

Counter makes it easy to calculate the characters in the phrase that haven't been visited yet.

Subtracting a Counter from another returns a Counter with the counts subtracted. Characters whose count is zero are removed. For instance, Counter("tea") - Counter("e") returns Counter({'t': 1, 'a': 1}).

We have all the pieces in place to write an anagram generator:

Let's take anagrams() for a spin on a small list of words:

Testing On a Large Set Of Words

If your computer has a Unix-like OS, you have a large list of words available right now.

On most machines, there's a words file located at /usr/share/dict/words or /usr/dict/words. It's a newline delimited list of dictionary words. If you have a Windows machine or don't have a words file, you can find a tarball for the file in your language on the GNU website.

Let's try it out:

It's working great, but the words file includes single letters and two-letter words like "te." That adds a bunch of noise to our anagrams. We should probably clean it up.

Let's filter out some words we know that we don't want:

This definitely gives us better results. For a better anagram generator, you'll need to spend some time curating words. And the words file isn't necessarily the best set of words to start with, since it doesn't contain any contractions.

Do you ever look back at some of the challenging problems you solved when you were a beginner, now that you have more experience? I did this exercise with the game Rock Paper Scissors, and now I'm sold on doing this more regularly:

Learn about several important and foundational algorithms in Aditya Bhargava's friendly and accessible book Grokking Algorithms. It's full of fun (and useful!) illustrations, and easy-to-digest explanations with example Python implementations.

Get instant access from Manning, or buy a print version from Amazon.


The link has been copied! 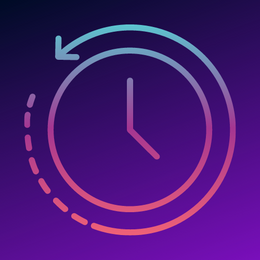 5 Time-Saving VS Code Shortcuts And How To Memorize Them 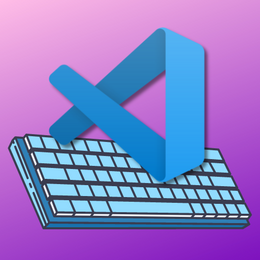