And how defensive copying protects you from badly behaving code.


Have you ever loaned something to someone only to have it returned to you in a different state?

I saw this exact situation play out this week at work. A user reported that an SDK method, which involved a sequence of API calls, was failing after the first call. Investigation revealed that the HTTP client used by the SDK was silently modifying a headers object shared between API calls.

The software equivalent of borrowing your friend's car and casually returning it with a different colored hood.

The workaround, at least until the bug is fixed in the HTTP client, is to defensively copy the headers object before passing it to the client. But the whole incident got me thinking about mutability and code etiquette.

How you handle input matters.

Mutability is a feature, not a bug.

For the HTTP client, mutating the header object means fewer memory allocations and improved performance. That's a big benefit of mutability. But it can carry significant risk.

For me, the bottom line is:

That's the mistake the HTTP client made.

Outputs should be clearly documented, including implicit ones like side effects. Julia's convention of appending the ! symbol to the names of functions that mutate their arguments strikes me as a useful pattern for loudly exposing this behavior. The ! alerts users to side effects every time they use the function.

There's a good case to be made for never mutating objects, though. Enforcing immutability solves a lot of headaches because it:

🎓
Learn More
Here are some resources on the benefits of immutability:

Programming Safety Tips: Why You Should Use Immutable Objects by Charles Kann shows how an elusive memory error is easily fixed with immutability.

The Sins of Perl Revisited by Mark-Jason Dominus, discusses the origin of the term "action at a distance."

The Reading on Thread Safety from MIT's Software Construction course has a decent overview of immutability, thread safety, and concurrency.

NASA's The Power Of Ten: Rules For Developing Safety Critical Code by Gerald Holzmann gives a rationale for defensive programming.

Whether or not you should strictly maintain immutability in your code is a question you'll have to answer for yourself or with your team. Without a doubt, though, one situation where immutability helps is dealing with untrusted code.

The key is to get defensive.


The incident with the HTTP client was timely for me, in a way.

I've been reading Grokking Simplicity by Eric Normand. The book looks at how functional programming is used in practice, largely avoiding the theory by focusing on how functional concepts can improve real-world systems. Not two weeks prior, I read the section on defensive copying.

It's exactly how the SDK team handled the issue with the HTTP client:

💡
Defensive copying: Making a copy of mutable objects before sending them to, or after receiving them from, untrusted code.

Let me clarify what I mean by untrusted code.

The pessimist in me believes that all code is untrustworthy. But that assumption isn't always practical in the day-to-day business of writing code. At a minimum, I think of untrusted code as any code that either:

Defensive copying helps in both cases.

Here's the same problem faced by the SDK team expressed in Python:

The key "boo!" with value "didn't expect me, did ya?" unexpectedly appears in the headers dictionary. When headers is used in another request, the unexpected contents cause the request to fail.

To implement defensive copying here, make a copy of headers before passing it to http_client.get():

The contents of headers are unchanged because a copy of headers — an entirely distinct object made with Python's deepcopy() function — was sent to the client instead.

Now you can safely pass a new copy of headers to the next request. The client still mutates the copy, but the original object is protected. That protection comes at a price: increased memory overhead. But in this case, and many others, the improvement in reliability justifies the tradeoff.

The headers dictionary, as seen from the perspective of the HTTP client, originates from code that uses the client's API — a classic example of untrusted code. Making a copy of the argument passed to the client before mutating it would have saved everyone some trouble.

Maybe it's just me, but it seems like the considerate thing to do, too.

Learn how to recognize and remove implicit outputs, like the mutated header object in this week's example, in your own code:

Get instant access from Manning*, or buy a print version from Amazon*.


The link has been copied! 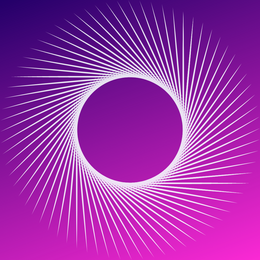